In this project, we learned about the evolution of harmony, and the theory and tricks to composing harmony. We analyzed one of our favourite melodies using new terminology and theory we learned from the documentary we watched. Through this analysis, we were able to make our own harmony to accompany a melody.

One of My Favorite Harmonies 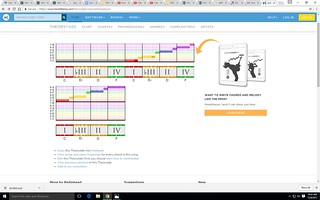 One of my favorite harmonies is in Just by Radiohead. You can see how they build tension by using passing notes between the chords in the intro, which is played near the end of each verse. The chord progression remains constant, showing contrast against the chaotic melody of the lead guitar and singer. 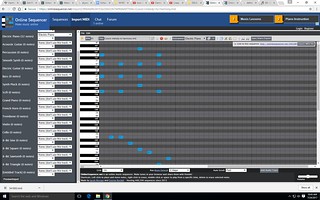 My harmony is a chord progression over the original melody I created in a previous project. For the first measure, the chord progression starts with A minor with a slight change in the root to B in order to “pass into” the next measure. It then goes to C major where I remove the root entirely. The next measure adds tension by alternating between G6 and C major, which is somewhat dissonant. This tension is resolved by returning to C major and ending on A minor and C again.

What I Learned and Problems I Solved

In this project, I learned more about the theory behind harmony and how it tied in with the scale degrees we learned in melody. This helped me compose a harmony by teaching me what pealed to the ear based on popular chord progressions. A problem I had was coming up with the right notes to accompany the melody, but I was able to resolve this by deciding between chords that contained the not in each part of the melody.